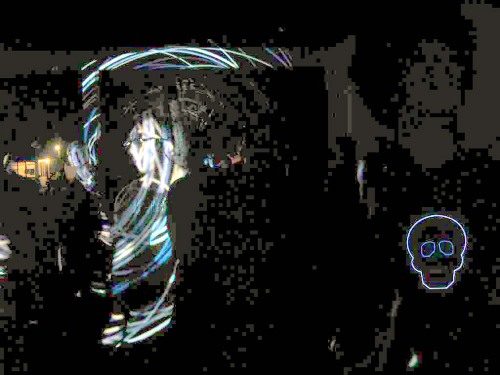 In the end of 2008, I have the opportunities to do a live visual projection for Taring Padi’s 10th anniversary party. Taring Padi is a community base artist initiative based in Yogyakarta Indonesia. The party is called Highlight and was held in Jogja National Museum Hall.

All documentation was done by Selina Shah. She also captured several footage during the performance and remixed it with Julian Abraham’s song titled Mange. Enjoy!