Ekspedisi Sungai Jogja in 2011, the beginning of Jogja River Project

Jogja River Project was started from a simple idea of us (lifepatch) to get to ‘know’ and have a ‘closer look’ of our own rivers in Yogyakarta. As citizens who lives in an urban areas, most of us probably have seen the rivers thousands of times, from a bridge.  Many times we heard about it on the news, watched it on television, reading it on the internet whenever there’s something happening on the river. But we never really did actually went there, take a walk beside it, watching the riverbank areas with our own eyes. I personally, have only been to the river once when I conducted a field test class for my university degree. That one time visit happened during my 16 years of stay as citizen in Yogyakarta.

As we agreed that we wanted to do a little visit to the river, we talked to some of our friends and more ideas popped out. We thought it would be nice to do some water testing while we’re walking on the riverbank areas. This idea come with the discussion and support with the Microbiology Lab of Agriculture Faculty UGM. We also thought we should do a documentation of the riverbank areas when friends from Cantigi Indonesia brought the idea and join in our activities. Some other people just join us for a walk and sightseeing watching the environment of the riverbank areas.

So, all of us decided it was the right and fun thing for the activities. We choose to visit Code River as it is located at the center of Yogyakarta. We pick Terban bridge (the north border city district of Yogyakarta) as the starting point of our morning walk in Code River. We parked our bikes and headed to the starting point very early around 04.30AM in the morning and finished up on around 9-10 in the morning. The beautiful sight of Code River that greeted us during our walk were such an experience, probably a rare view of the river for us as citizen of Yogyakarta.

During our little walk, we saw that the erruption from Merapi in November 2010 have a major impact on the riverbank areas. Volcanic materials was piling up and covering most of the civilian houses on the edge of the river. Concrete and bags of sands was build to prevent river runoff because of the rising riverbed caused by the volcanic materials. Still, lives goes on for the local civilian in the riverbank area, they use the water for their daily needs and children are using the river as their playgrounds. The river is an inseparable part of their daily lives.

We took some photo documentations and gathered some water samples to the Microbiology Lab. The students from Microbiology Lab conducted a coliform analysis to detect water polutions of Code River. The analysis results are:

The route of Ekspedisi Sungai Jogja 2011

The analysis showed that River Code is quite polluted and the coliform level is increasing for the water on the downstream of the river. We were not surprised of this result as the housing density on the Code River are quite high and we believe that most of the houses were not equipped with a proper sanitation installation. However, our conclusion is far from proper scientific research as the only valid data are the water sample analysis from River Code. But still, we were quite happy with the result and experience from our ‘little walk’ in the morning. 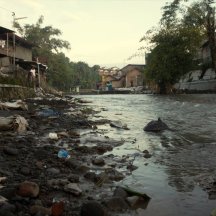 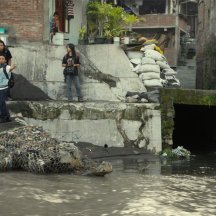 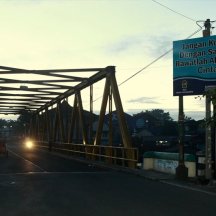 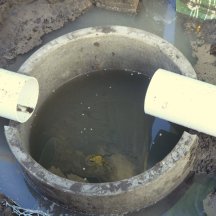 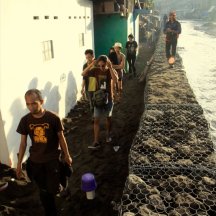 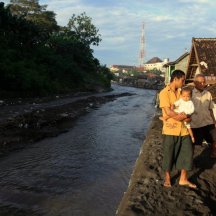 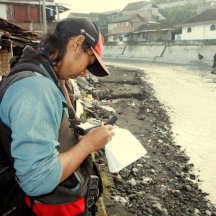 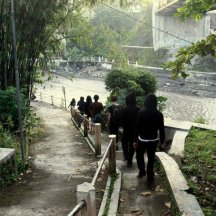 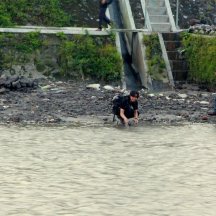 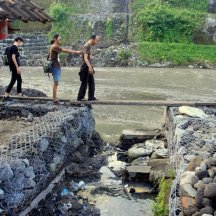 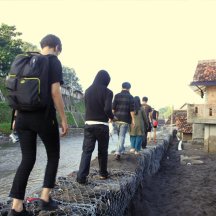 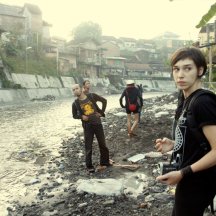 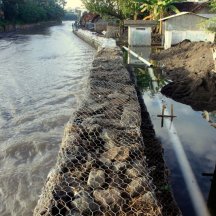 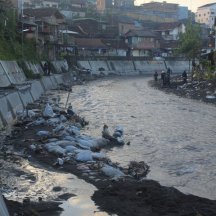 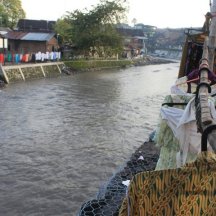 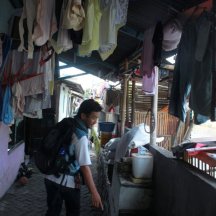 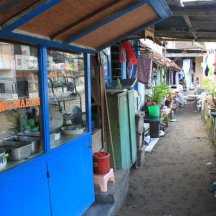 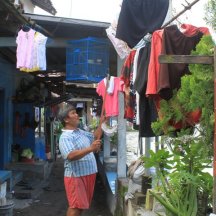 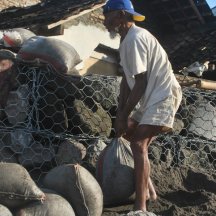 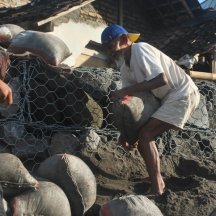 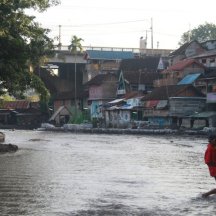 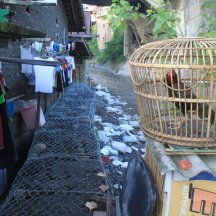 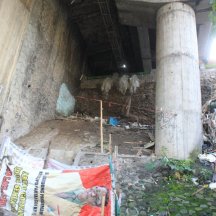