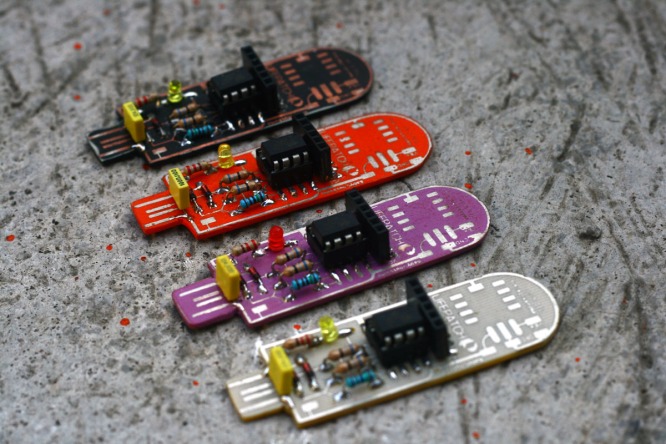 It’s quite easy to make one, you just need several components, etch a single sided PCB and burn the bootloader. You will also need to download the Arduino software to program it.

All the source code can be downloaded in: http://gnusb.svn.sourceforge.net/viewvc/gnusb/branches/gnusbuino/