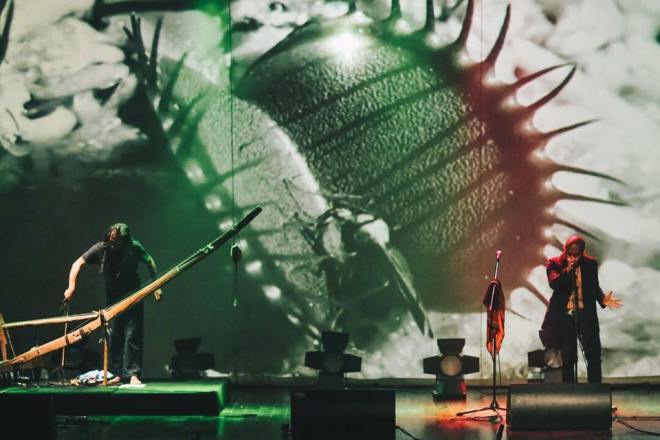 Senyawa – Wukir Suryadi and Rully Shabara is doing their first solo concert in Jakarta and they asked me to do visual projection for them. It’s a specific request as I had to do visuals for all the music that they will perform.

Working on a visual for different songs and flows of the concerts was a special challenge for me even though I am already very familiar to their songs as I am not only good friends with them, I am also a fan. In the middle of the process of preparation, I also asked help Adhari Donora assistance for the visual.

The concept of the first half of the concert is shadow playing just like wayang with visuals that strengthen Senyawa songs, and the second half we can see them perform as a person. Its like mythical into real.